This meme was originally hosted by Marcia @ The Printed Page. It went on tour beginning August '10 and is hosted this month by She Reads and Reads. It is the gathering place for readers to share the books that came into their house last week (checked out library books don’t count, eBooks & audio books do).

A great week in books! A few in the mailbox, a few from the library.

The Evolution of Shadows by Jason Malott came to me from Sheila @ One Person's Journey Through a World of Books. I totally forgot what this book was about when it arrived in my mailbox. The cover of the book made me wonder that it might be paranormal or horror, and I nearly panicked thinking I didn't choose correctly. Luckily, it was neither. A news photographer had disappeared into the Bosnian war zone. Five years later, three people who loved him gather to find out what happened to him. It does sound like a suspense set in a war background. That sounds exciting to me. 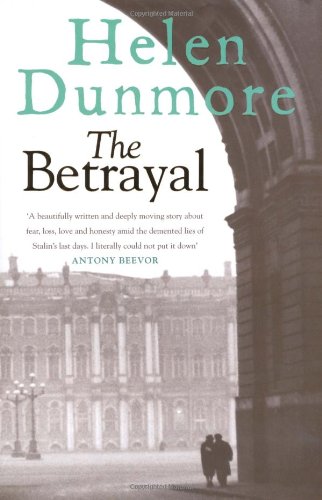 I won this at Nancy's 2010: The Year in Books. The Betrayal by Helen Dunmore was on The Man Booker Prize long list. This one too is set in a war background, rather post-war background - Leningrad in 1952. I don't remember reading books set in the Soviet Union or any of its countries, but I think I have read one, many years ago. It looked and read a bit heavy, so I will need some motivation before I pick it up to read.

Library Loot is a weekly event co-hosted by Claire @ The Captive Reader and Marg @ The Adventures of an Intrepid Reader that encourages bloggers to share the books they’ve checked out from the library.

I went to the library for the first time in two months and came back with three books (one spontaneous). It was a lot of fun browsing through the books, though I wonder when I'm really going to get the time to read them.

I've heard enough of Great House by Nicole Krauss to want to read it, but not so much that I'm turned off by the hype. That's a good thing - to read a book before everyone starts raving about it or criticizing it. Of course, it could also be because I haven't visited many blogs over the past 3-4 days, but how much can happen in 3-4 days? I first caught sight of this one because of its clever cover - feels modern and yet intriguing. I still have no clue or forgot what this book is about, so it will be exciting to read this.

Someone Knows My Name, also known by The Book of Negroes by Lawrence Hill has been on my wishlist for a while, so when I saw it on the shelf at my library, I took it. It's a huge tome, but it reads easy. I've heard a lot about this one too, so I'm real eager to read it. Before I heard of this book, I never knew a list existed of African Americans who fought for the British Crown in the American Revolution. Were they singled out or was the list a subset of a whole list? I can't wait to read it.

Imagine a man who obsessively imagines his wife dying - killed by lightning, or at the subway, or near a construction site. That's what Mr. Peanut by Adam Ross is about. Except that his wife turns up dead and the husband is the main suspect. First time, I heard this description, I felt the idea distasteful and decided never to read it. Then I totally forgot about it. Meanwhile, I kept hearing about this book in other blogs and podcasts, so I eventually picked it up from the library and read the first couple of pages. Luckily, the man doesn't seem to imagine his wife dead because he wants her dead (at least that's what I understood from the first page). He cannot seem to help himself think such thoughts.

Helen's Book Blog said…
Evolution of Shadows sounds right up my ally; I can't wait to see what you think of it. Mystery and a war setting? Perfect!
October 25, 2010 at 8:43 AM

nomadreader said…
I really enjoyed The Betrayal, but I do recommend reading The Siege first, as The Betrayal is a sequel. They are both quite good. I'm hoping to start Great House this week, and I agree about its cover!
October 25, 2010 at 11:37 AM

avisannschild said…
I really want to read Great House, although I've also forgotten what it's about. I hope you review it! Enjoy all your books!
October 27, 2010 at 9:26 PM