Whoever first talked about retail therapy really knew his/her stuff. There's something about shopping that makes you want to grin from ear to ear. While your troubles won't exactly elude you, for a change there's something that suppresses certain emotions and keeps you going, maybe even appreciate that all's not lost. Retail therapy makes me happy first, guilty later. The only catch is that someone has to drag me to a store. In full consciousness, I would never even consider that option to evade my troubles for a while.

When I first heard of my brother's hospitalization, I listlessly packed everything that came into my mind, which wasn't enough. I didn't pack enough winter clothes, or even enough clothes. I calculated that I should be back by the weekend, which was just four days away. And here's the thing - I didn't take a single book. Deliberately.

I knew that I wouldn't be in mood for reading. Moreover, I felt inexplicably guilty even thinking about books at such a time. I didn't miss books on my flight - I was too upset to read. I didn't miss books for the whole week and even beyond - I even entertained thoughts that I may have to give up on blogging if I never returned to reading. I mean, what else will I talk about here?

Luckily, my cousin who had flown in to NY to be with me and my brother also loved books. One day, he stopped frequently at all the stalls on the way from our guest house to the hospital and went on and on about this book and that author and how he had always wanted to read A Brave New World by Aldous Huxley and how John Steinbeck is one of his favorite authors. Enough said, I stopped pretending not to care and joined him in book snooping.

Later, we stopped at the Bookculture bookstore on Broadway near Columbia University. They didn't have an extensive collection, but what they had were awesome books. They had a few racks outside with many books just a dollar or two - most of the titles in mint condition. I had to keep reminding myself about my luggage capacity during my return flight, as I tried to decide which books to take. No point buying a lot of books even if they made me feel better, if I had to pay another 20-30 bucks to checkin my bags. I finally walked out with Orange Prize winner Home by Marilynne Robinson, Homecoming by Bernhard Schlink and Peony in Love by Lisa See. Walked in to the shop rather. 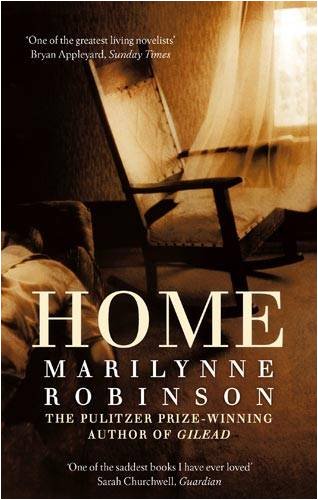 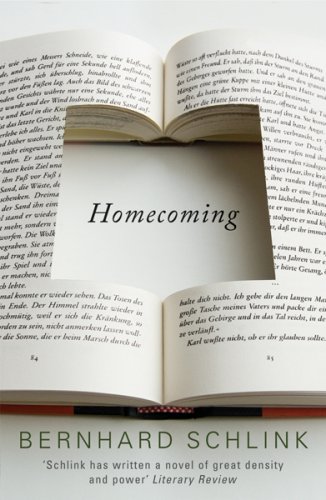 When I went to bill the books, I got sidetracked by the titles inside. Since none of the above books were meant for light reading when you want to cry most of the time, I did further browsing and picked up The Finckler Question by Howard Jacobson - based on all the reviews of how humorous this book is. What a tragedy, because the book only made me more depressed. I closed it after 4-5 pages - it is humorous but more like humorous-sad, with the kind of characters you may either feel sorry for or laugh at. 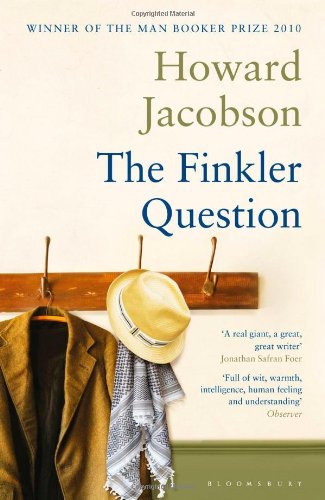 A few days later, on one of the really depressing days of my life, my cousin suggested we go to the Strand. I said "No way, I'm too upset for that". Then he didn't compel, though I was hoping he would, because on second thoughts, I really wanted to see the Strand. I kind of hinted, that it may not be a bad idea after all - there was nothing to do at home and the docs had sedated my brother so much that he was sleeping.

Arriving in front of the Strand cheered me up instantly. The first thing I knew I had to get was a Strand tote. After choosing one that I liked (click on the link to see the one that I got), I walked along the awesome stacks of books after books after books. Boy, no wonder this place is famous! This time, I walked out with just two books - The Zookeeper's Wife by Diane Ackerman and Naked by David Sedaris, but the Strandexperience was magnificent!

Even with all these books, I bought a couple at the aiport bookstands, when I needed some really really light or jump-right-in kind of books - Shopaholic Ties the Knot by Sophie Kinsella and Shutter Island by Dennis Lehane. Both of which I completed. I didn't finish any of the books I bought in NY, but that was not the point, was it? It's like Becky of the Shopaholic series - the purchased goods may not be put to use (right away), but they sure make you feel good!

bermudaonion said…
Shopping for books sounds like just what you needed right then. You got a lot of great titles. I'm praying that your brother continues to improve.
December 7, 2010 at 8:07 AM

Helen's Book Blog said…
Shopping for books (or whatever is one's "vice") is definitely retail therapy and I support it full heartedly! I think we all need to remember that when we're dealing with grief, taking care of a loved one, etc it doesn't mean we have to shut down completely. It's ok to go out, to laugh, to have fun, to shop, to...whatever. Your brother would be heart-broken to hear you had given up on everything positive because of him. Does that make sense?

We feel guilty for feeling good in the face of sadness but sometimes the good is what we need in order to keep supporting the person we are helping.
December 7, 2010 at 8:41 AM

Marce said…
Retail therapy is the best and books - how can you say no. Did you have to pay for the luggage though? :-)

StephTheBookworm said…
I'm glad to see you were able to find some joy during your brother's hospitalization. Books do make things better a lot of the times. Sending positive thoughts for you and your brother!
December 7, 2010 at 8:20 PM

Helen, I have to admit that I am one of those who forgets to live when someone I love is going through a really rough patch. I tell everyone that it's wrong but then when I'm in that situation, I do the opposite of what I preach. Sigh..

Marce, Luckily, I didn't have to pay for the luggage. :)

Steph, thank you! I'm glad I went for book-shopping!

J.G. said…
Book shopping is time and money well spent on several levels. And the Strand is awesome, isn't it? They have a special rare/collectible room, you know, for your next visit. You have to ask to get in, but oh, what lovely books they have in there. (Browsing therapy is good, too.)
December 12, 2010 at 8:43 PM