What the Zhang Boys Know by Clifford Garstang

It is the middle of the night, a dark, moonless night, when a man -- a small man who, though past forty, has never been as fit as he is now, his days filled with running and the endless lifting of makeshift weights -- removes a painting from the lobby wall.


Having recently lost his wife in a horrible accident, Zhang Feng-qi tries to bring up his sons as best as he can, but he is not his wife - he cannot maintain his condo as well as his wife did, nor can he properly answer his two sons, Simon and Wesley, when they insist that their mother will come back. He wonders if his new girlfriend can step in, but knows it is too early to introduce her to the family. He asks his American mother-in-law to help, but she was never supportive of her daughter's marriage so her response isn't that forthcoming. Eventually, he asks his father for help. While the Zhang household is dealing with its own situation, their neighbors are having their own problems - a painter mourns the absence of his love lives and the non-popularity of his paintings, a sculptor isn't sure what to do with the knowledge that he has a son by one of his muses, an insecure woman grapples with her distaste of her long-time boyfriend and his abusive bedroom games.

What the Zhang Boys Know is my favorite kind of book - multiple interlinked narrators, who all talk of their lives and problems and occasionally share opinions on other characters. What I love of this book is how very "I" and "me" each story tends to be, while the protagonist of that story makes other characters feel one-dimensional. And in the next story, one of those one-dimensional characters is now the protagonist - suddenly the reader gets this whole bedroom closet view of a new character and learn things you never guessed about that character. I find these kind of books to be the most realistic among fictional works. The narrators aren't bogged with the same plot, so there is no feeling of too many characters. They all have their troubles, desires, losses and achievements - no one is a pawn to move another person's story forward, which is how real life is. 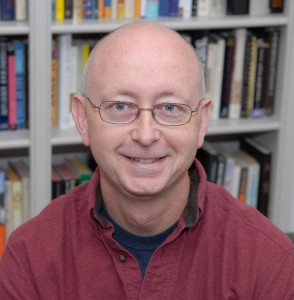 The one thing that ties all these people together is that they all stay in the same building called the Nanking Mansion. Nobody likes their digs or their neighborhood. The alleys are trashy and the streets dangerous. Almost everyone in the building has financial troubles. They all, however, know each other, and sometimes help each other out when needed. But mostly, they deal with their problems on their own.

With 11 different narrators, there are as many different voices and obsessions in the book. Some are insecure, some depressed, one arrogant and proud, and another one innocent. Among all these narrators with their myriad problems, the Zhang boys appear everywhere. They see more than anyone gives them credit, and it's fascinating reading the same incident from the two perspectives. At the same time, even when they are not accepting enough of their father's new girlfriend, they aren't being unreasonable, they are simply afraid that their mother will never come back if there's another woman in the house.

Some stories were clearly more enjoyable than others; some narrators more understandable than others. There is a woman, Claudia, who loses her husband and her job at the same time, and what follows is many long months of trying, at first, to find a respectable job, and later on, any kind of job. A sister helps her a bit but eventually accuses her of being too irresponsible. Even though the sister is right, and anyone would do exactly what the sister did, it is hard to not empathize with Claudia, after spending pages with her, and seeing how much she really is trying and just how close she is to even contemplating suicide.

What the Zhang Boys Know is a wonderful short story collection, although it's more than just a short story collection. The characters are connected enough for one to feel a sense of continuity and familiarity. The prose is very quick-paced and highly readable and I could probably have finished the book in a day, but there was a sense of comfort in reading just a story or two a day and then subconsciously pondering about them. The writing was also very beautiful, and the different voices across the stories didn't jar my concentration but instead felt sufficiently seamless and distinct. This one is definitely one of my favorite short story collections.

Helen Murdoch said…
I like it when short stories can stand alone or are connected. This sounds like a good book that will stay with your for a while
October 23, 2012 at 9:06 AM

zibilee said…
I love that these stories are all connected by the boys, and that they all flow together with intrigue as the boys slowly watch more than you think than they would. The fact that so many narrators are used really seems to heighten the power of this one. Excellent review today, Aths! You've got me wondering if this one is for me or not. I think it is! :)
October 23, 2012 at 11:42 AM

bermudaonion(Kathy) said…
I didn't realize this was interconnected short stories. It sounds great!
October 23, 2012 at 2:39 PM

HeatherTLC said…
I really enjoy interconnected short stories like this as well!

jiga said…
I needed to thank you for this excellent information!! I undoubtedly appreciated every bit of it and I have bookmarked your blog to check out the new stuff you post down the road.SEO service
March 3, 2013 at 10:50 AM

aaron chris said…
Well written, keep it up because you’re good at it.