The Magic Circle by Jenny Davidson Ruth, Anna and Lucy are three young women studying/teaching at Columbia University. They are quite addicted to games and the theories of games and enjoy spending long hours talking about various aspects of game-making. At the beginning of this book, they are working on a game that's Ruth's brainchild. The idea of the game is to provide a virtual experience of a mental institution that used to be located exactly where one of the current Columbia University buildings is situated. While that's happening, Anna comes up with her own idea of a game which involves some occult-like rituals in front of several supporters. But when Anna's brother Anders becomes involved, things begin to go wrong terribly.

I gave up on this book. I don't typically review DNF books unless I have something to say, which in this case is a lot. I actually gave this book a lot more tries than I usually would with a book that's not piquing my interest. At many points during my reading experience, I wanted to put it down but since I was reading it for the tour, I kept going back to it. 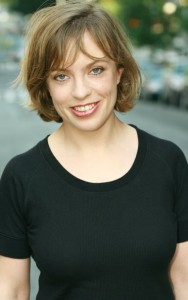 The Magic Circle has quite a few elements I like - gaming, a university setting, women characters, nerdiness and psychological issues. It starts off demonstrating the women's strong interest in games and their plans for Ruth's gaming project. Unfortunately, that's all I enjoyed about this book.

The characters didn't feel well-built to me. And that's sad because there was so much potential here. I found the three protagonists acting out of character too often. They are portrayed as very good friends and then suddenly, they act way too formal in their conversations.

I didn't feel there was a proper build-up of essential plot points. For instance, one character has been suffering from eating disorders for a good part of her life but that isn't mentioned until page 88. After that though, it is brought up in every other paragraph - almost as if all the relevant facts need to be revealed. There was also a very weird ritual described in the book - too weird it made it very implausible. I got bugged by the long trivial conversations and the descriptions of several minor events in the book. Maybe they were all meant to be significant later in the book and if I had been more patient, I may have discovered them but the build-up wasn't great and I couldn't quite understand why a character often made a mountain out of a molehill. It made me wonder too much about whether I was missing the overall picture.

The author definitely writes beautiful sentences but the sentences didn't gel well when put together. I found the whole narration very dry - with its long-winded sentences and heavy usage of uncommonly used English words. I almost got the impression that a lot of the big words were used more for impressing the reader than to impart any purpose.

Overall, I'm disappointed. Maybe I wasn't the right audience though from the synopsis, I would have jumped for this kind of book any number of times. The whole execution of it just was too poor and even though The Magic Circle is under 200 pages, I couldn't quite put myself through the second half of the book. Nothing of any significance had happened when I put the book down, which made me not miss it. I wish I could say something more redeeming about this book and since I'm the first reader on the tour to review this book (and there doesn't seem to be anyone in bloglandia who have read this book), I'm not able to point you towards other reviews. Hopefully, others would have enjoyed it more than me.

bermudaonion(Kathy) said…
It sounds like you gave this book a fair try. From your descriptions, I don't think it's for me either.
April 8, 2013 at 11:11 AM

techeditor said…
THANK YOU so much for your honest review. You are the kind of reviewer who reviews for her readers rather than because she has some misguided sympathy for a writer.
April 9, 2013 at 8:28 AM

Literally Jen said…
I have only just started the book (I'm not on the tour until later this month), but I completely agree with everything you have pointed out in your review. I do keep making mental notes and asking myself "why is this being brought up? It doesn't seem important." I hope to make it through all the way. I'm wishing I had a kindle copy so I could look up some of the words I'm not familiar with.
April 10, 2013 at 4:17 PM

Athira / Aths said…
I hope you make it all the way. I would have really loved to finish it - I am curious about how the story unfolds but I couldn't bring myself to read another page.
April 22, 2013 at 9:07 PM

RiverCityReading said…
Sorry about the disappointment, but I'm so glad I found your blog tonight. I'm going to be spending quite a bit of time going through your archives!
April 28, 2013 at 12:43 AM