The Isolation Door by Anish Majumdar 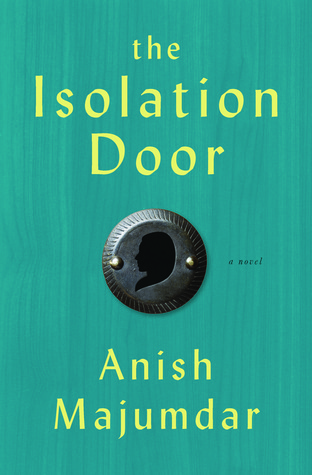 When you carry the weight of being wrong around wherever you go, it gets tempting to just add to the load.


Niladri, aka Neil Kapoor, watches despairingly as his mom is taken away for schizophrenia treatment. Even when he visits her just before she leaves, his mother is obsessed with her looks and how awful she will look on screen. Occasionally, motherly instincts jump out from her but not often enough. He is angry at his dad because she has to go away again. But it comes to a boil when he finds full unused bottles of medicines hidden away by his dad - apparently he hasn't been giving her her medications.

The Isolation Door follows Neil as he navigates the complex web of negative human emotions around him. After his mother has been taken away, his father is utterly tormented by her absence and occasionally spends nights in the parking lot outside her ward. He isn't willing to pay Neil to study theater, nor does he seem to show any interest in his life. His mother's sister is convinced that his father is responsible for her plight and tries to gently nudge Neil towards issuing an official complaint against his dad.

Thanks to his aunt, he pays his way into theater school. Right from the first day, he gets in with three other students, each having his/her own personal issues. Tim is very dominant and abusive with his girlfriend Emily, but deep inside, he has his share of insecure feelings. Emily is a very timid submissive girl whose very personality screams frailty, but Neil likes her. Quince has some unrequited feelings for Tim, and is often a tough nut to crack, having made an almost impenetrable shell around herself.

The Isolation Door is a very dark read. Though it is a very fast-paced book, it is definitely not a book to read if you are looking for a quick read. There are several layers to this book, just as there is with human personalities. The cast of characters in this book suffer from some ailment or the other. The narration is laced with an undercurrent of mental issues - depression, anxiety, low self-esteem, among others.

Despite its well exploration of the dark sides of the human personality, The Isolation Door does not establish great portrayals of its characters. I couldn't care either way about any of the characters nor see any depth to their personalities. I thought some characters were a bit laughable or unreal. The characterizations did go well with the theme of the book however - there is a deep void within the book that strips out the characters to their bare minimums but I would have enjoyed some more depth to their actions.

Ultimately, I liked this book but couldn't get very invested into it. It being fast-paced helped keep the plot moving - there was enough of a suspense to keep me coming back. The prologue was by far my favorite part of the book - Neil's mom dangling herself out of the window to get her husband to do something her way, would forever leave an impressionable picture on little Neil's mind. There is so much that is wrong with that picture that it is horrifying sometimes, and seriously screams for help. But it is clear that things did get very wrong eventually.

bermudaonion(Kathy) said…
That does sound like a dark book but I think many kids are faced with a reality like that.
February 19, 2014 at 9:09 AM

Juju at Tales of Whimsy.com said…
Sounds too dark for me but interesting and well written.
February 19, 2014 at 3:47 PM

Deckled Edge Books said…
This is one I've been interested in reading, even with it sounding dark. I'm thinking I might hold off though. The idea that you may not be able to connect with the characters is a concern.
February 20, 2014 at 9:46 PM