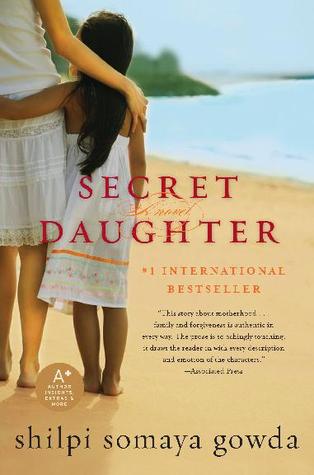 At some point, the family you create is more important than the one you were born into.


When Kavita was pregnant for the third time, she wanted to know the sex of the baby as soon as possible. After two births - the first girl was taken to be killed by her husband and the second she gave up for adoption without letting her husband know - she was emotionally shattered. The last thing she wanted to do was give birth a third time and look into the eyes of another girl and lose yet another part of her for a girl she was not allowed to keep by the narrow-minded people of her remote Indian village. "Luckily" for her, this one is a boy and she finally allowed herself to rejoice. When this child was born, she named him Vijay, which means victory, and spent the rest of her life making sure he had a good life and opportunities. But there was never a day when she did not think of that daughter she gave for adoption and wondered whether she was still alive, and if yes, where she was.

When Somer and her husband, Krishnan, are told that Somer cannot become pregnant, they decide to adopt a child. That decision did not come easily. Somer was distraught by the thought that her body has failed her and was slowly slipping away from the confident woman Krishnan had fallen in love with. When they go to India to adopt a girl, Asha, they are transformed and in love with the child. Motherhood doesn't come easily to Somer, which according to her is yet another reason her body failed her. Worse, Somer hasn't had a good time in India. She felt very foreign and isolated in her husband's home - not knowing the native language nor recognizing the happy exuberant man her husband had transformed into in his native house.

In alternating narratives, Secret Daughter tells the story of two mothers and the daughter they share. Kavita's husband, having regretted killing their first born, wanted to do something right by his wife. He moves them all to Mumbai and tries to earn a respectable keep there. However, it is Vijay who brings them fortune when he gets older. Except, they are not very sure where all the money is coming from. Somer continues to feel isolated in her own home. Her husband and daughter share a common skin color, whereas she was sometimes mistaken to be the maid. It humiliated and irritated her.

I listened to Secret Daughter after hearing plenty of good things about the book. Unfortunately, it did not wow me in any way. The story was definitely intriguing. There are a lot of themes at play here. The most prominent was about the marriage between an Indian and an American that seemed very romantic initially but started collapsing soon mainly because of the cultural differences. As Somer recounts later, her husband had embraced the American way of life so often and so well that she had begun to take it for granted. She was very unwilling to embrace any of his Indianness and disliked it immensely when their daughter, Asha, showed any interest in her heritage. Asha had known for a long time that she was adopted and when she plans her trip to India, it results in all kinds of trouble between her parents. Kavita and her husband, Jasu, are also wrestling with their own demons. After giving up two daughters and choosing to keep a son, they don't feel justified by their choices. Their son isn't the darling they wanted him to be, what if they still had their daughter?

Despite the promising plot, Secret Daughter had a few failings that weighed more in my mind. Somer is one of the main protagonists of this book. Unfortunately, I connected very little with her. In addition to being very annoying and uncompromising, her character was also very flat. I don't know if listening to the book as opposed to reading it had anything to do with it, but I thought some of the other characters, like Kavita and Asha's grandmother, were fleshed out much better. The story also seemed to jump too fast between the girl's adoption and her adult years. I get that a lot of the story happens later, but without any of the middle years to hold the story together, the ending did not move me in any way.

The other or rather the main issue I had with the book had to do with the narrator. Soneela Nankani's narration just did not work for me. Sure, she was fluent, didn't do much drama and narrated well and clearly, but I had the same issue that I did when I listened to Life of Pi. The narrator didn't do the Indian accents well or pronounce the Indian words correctly. I sat through the first few mispronunciations without complaining but there's only so much of sam-baar (actual, saam-bar) and ba-yaa (actual buy-yaa) that I could listen to. I don't mind a few mispronunciations in audiobooks, but when there's so much of a language in a book, I'd rather go for an authentic experience.

This audiobook is from my personal library.
Armchair reading in India

Meg said…
I remember reading this one years ago and had a similar reaction to yours. Despite the promising plot threads, the book just fell flat for me. I wanted to experience a range of emotions with the characters and . . . well, I just didn't.
April 17, 2014 at 11:32 AM

Sam_TinyLibrary said…
Hmm, it's a shame this didn't work out as it seems like the author was working with some very interesting themes.
April 17, 2014 at 3:19 PM

readingtheend said…
Oo, badly pronounced words in an audiobook would be death. That could draaaaastically cut down on how much I was enjoying a book, even a really stellar one.
April 18, 2014 at 9:35 AM