Child of Dandelions by Shenaaz Nanji 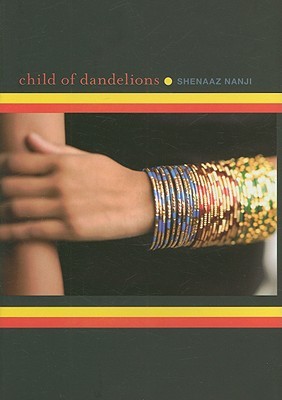 She and her family had been treating the Africans like the untouchables in India. Katana could not share their utensils, could not use their washroom. As if he'd pollute them. Every day he waited until they finished their meal; then he cleared the table, washed the dishes, and sat on the kitchen floor to eat the leftovers or cook the bubbling white ugali, a corn mush. Sabine's face felt hot with shame. It was not only Mr. Singh or Lalita who were prejudiced, but she and her family as well.


Sometimes it takes a drastic event to put things in perspective.

President Idi Amin has just decreed that all foreign Indians must be "weeded" out of Uganda within 90 days. Fifteen-year old Sabine suddenly finds her world upturned. While her father reassures her and her family that they are not foreign since they were all born in Uganda, Sabine secretly shares the same worries as her mother. It doesn't help that wherever she goes, she sees animosity from other Ugandans. But for now, she tries to put the 90-day countdown to the back of her mind. All she really wants to do is get through her classes daily and practice dance with her best friend, Zena.

But as the countdown continues, her favorite uncle, Zully, goes missing, Indian-owned or -operated shops are plundered, her mother's friend is almost arrested by soldiers one day, and Zena begins to behave strangely. To add to the confusion, President Amin has insisted that even Uganda-born Indians have to leave the country. At this point, Sabine has had enough. She did not believe that they will not be tortured or arrested, and did not want to find out what could happen if they stayed behind.

Child of Dandelions is set against the backdrop of the expulsion of Indians and Pakistanis in 1972. Part of the motivation for the expulsion was that the Indians in Uganda were apparently richer and had more wealth than the African populace. Child of Dandelions portrays that prominently in the book, especially in the friendship between Sabine and Zena. Sabine's family is very well-off, living in a big house, and not having much worry for money. Zena, on the other hand, wasn't that lucky. Sabine and her father are however not willing to believe that money could be the reason for this expulsion. After all, the Ugandan economy will collapse without the Indian corporations to hold it up. But at one point, towards the end of her morale level, Sabine makes a trip to a place where the indigenous African population lived and was shocked by the poverty that stared back at her.

When I was looking for an African read, I came across Shenaaz Nanji's Child of Dandelions. Being Indian, I was bothered by the premise of this book - expulsion of Indians from Uganda. It would be harrowing enough to be expelled from any country for any reason. It's worse if that was the only home you ever knew, as it was for Sabine's family. When I found this book on Audible, I grabbed it immediately.

Child of Dandelions is a coming of age story amidst terror, tragedy, confusion, and death. Sabine's distress at being disowned by her country of birth and her conquering of her challenges is very humbling to read about. She had gone from reverence towards her President to complete disgust at him. Although she is only fifteen, she definitely has the spine of a courageous adult. Many a time, her wit has helped rescue people around her from soldiers. Child of Dandelions is really a story of one family's fight against the injustice and politics of war and power, while still keeping her head high and her pride intact. Sabine is a heroine I loved to read about.

That said, occasionally Sabine acted like a ten-year old. Maybe it was not such a big deal - after all, even adults are known to behave like whining kids in many situations. Still, it bothered me because the author had established Sabine as a very capable character, that her voice occasionally felt very immature to me. It could also just be the narrator's fault - maybe she was overdoing some of the tones and inflections. Still, despite this issue, this is a book worth reading.

This audiobook is from my personal library.
Armchair reading in Uganda

literaryfeline said…
This sounds really good! I had never heard of this part of history, but it sounds like one worth knowing. Sabine sounds like a great character. I am definitely adding this one to my wish list.
May 20, 2014 at 7:29 PM

Athira / Aths said…
I had not heard either of this historical event. This book was certainly educational on that respect, but even otherwise, I thought it was written well.
May 20, 2014 at 7:47 PM

Rachel Rooney said…
I agree with literaryfeline. This sounds good. I love discovering history when I read.
May 20, 2014 at 10:57 PM

Nishita said…
I should look up this one. This year I am doing the Africa lit reading challenge and so far have managed just one book - We Need New Names, which was awesome. I saw in your previous post that you enjoyed it as well :)
May 21, 2014 at 9:13 AM

Care said…
Thank you for reading such a diverse and interesting array of titles and sharing. I will look for this - I don't know much about this part of the world, and not from this time period.
May 21, 2014 at 10:26 AM