The Sunday Salon: When things you like go extinct

I spent a good chunk of last week doing the most annoying of things -- migrating data. The note-taking app, Springpad, decided to shut its doors. I have been a heavy Springpad user for the last two years. I had a good chunk of data saved up there. My dog's medical diary was in there. My entire recipe book was in there. All my ideas for home decor were in there. My knitting diary was also in there. A lot of my projects (reading and otherwise) were born in Springpad before they found homes elsewhere. For a brief time, I even had my to-do list in Springpad before I decided that other sites did that better. And then last week, the site closed down.

Anyone who knows me will attest that I am a very system-oriented person. I have a process for almost everything and I need to do things according to that process. It also takes a long time to perfect one, and in the process, I try a lot of methods and products before I'm happy with something. Springpad was a part of a lot of that. It's modus operandus synced well with mine. So after all that effort, it is very disappointing to have to start changing it again. 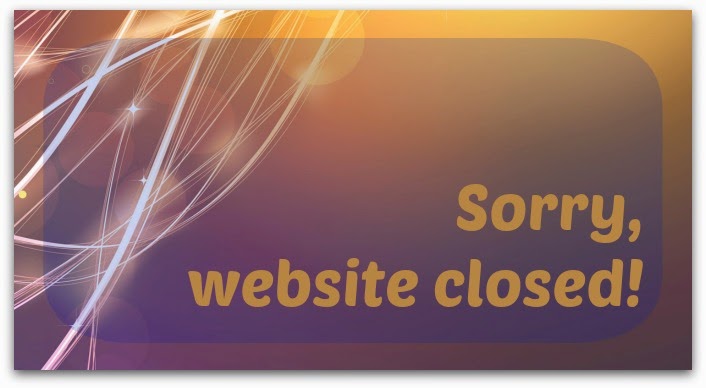 Remember Google Reader? Yet another site that did the same thing. Built up a huge following and then decided for itself that RSS was dead. It's a good thing other sites decided to capitalize on that, but in the experimentation months that followed, I never felt as if I found THE reader for me. I tried many other products out there and there was always something missing in each. I use RSS heavily. Daily. In the morning at breakfast. At work while I take a breather from coding. When I wait at a busy signal during evening rush hour. In the evenings while watching TV or cooking dinner. Sometimes I read too much RSS and not enough books. Google Reader's demise sort of reduced how much time I spent doing all that. Because none of the replacements were perfect. So that was the silver lining in all this.

But Springpad is a whole different story. I don't know how many of you have used this site before but Springpad was what would happen if Evernote and Pinterest merged. It was beautiful looking like Pinterest but with all the social aspects hidden in the background, so much so that you could pretend it wasn't a social site. For a visual person like me, it was just perfect.

I managed to find a good site for my recipes after a lot of searching. Pepperplate so far seems to do it the way I would want it to. No frills, no ads, no frequent emails, and beautiful minimalistic UI. I hope this site lasts. But my other projects haven't still found a home. I don't like Evernote for saving links. I do my writing in there and it does that well. I don't like Pinterest either for this - the site in general is way too social for me. So for now, I have shelved this effort. Since I exported all my data, I can wait until I need to move it. In the meantime, I hope to chance across some site that I could use for this.

But I can already see a silver lining in all of this. Sometimes, I think I should just not save any links. I don't often go back to them. If I let myself admit it, all these links contribute to a silent digital clutter that never gets cleaned up or addressed. When you can google for anything when you want it, and when you probably won't ever remember that you have a link saved up somewhere, why would you even want to go to the pains of saving it? I use Pocket for saving up stuff I don't want to read now, or don't have the time to read now. That's probably enough? I guess it is.

Radha said…
Balance your spiritual energy and get in harmony with your soul by practicing these Radha-Krishna meditations.

-A book written in the 12th century, this is a description of the intimate loving affairs of Radha and Krishna

-This is probably the most poetic and intimate portrayal of Sri Krsna’s life in Vrndavana that has ever been written.

Prayers of Service to Radha and Krishna (Sankalpa Kalpadruma)

And the following four are taken from Visvanath Cakravarti's Camatkara Candrika, a 300 year old scripture that talks about the love meeting of Radha and Krishna:

The Meeting in the Box

The Meeting of Sri Krishna Disguised as a Female Doctor

The Meeting of Sri Krishna Disguised as a Female Singer

The Meeting of Sri Krishna Disguised as Abhimanyu

And lastly, we have a very amazing scripture which describes the 24 hour daily loving affairs of Radha and Krishna in Vrindavan, called Bhavanasara Sangraha. This book is now available on Amazon for Kindle, for only $3.49

Here is a 41 page sample of Bhavanasara Sangraha:

The above book can also be read on your PC using Amazon Kindle for PC, download here for free:

Disclaimer: We are not affiliated with ISKCON in any way whatsoever. ISKCON, or "The Hare Krishna Movement" as it's popularily known, is a radical and extremist distortion of the original Radha and Krishna dharma from ancient India. The author of the above book Bhavanasara Sangraha is no longer affiliated with ISKCON either, having cut all ties to ISKCON a few years ago.

literaryfeline said…
I am not familiar with Springpad, but I am sad for your sake it's gone. I felt the lose of Google Reader though, so I know that one well.
June 29, 2014 at 11:21 PM

Jackie Bailey said…
I've not heard of Springpad, but it sounds like a great site. Sorry to hear it's gone. I still haven't found a perfect alternative to google reader. I hope you have better luck finding a springpad alternative.
June 30, 2014 at 10:39 AM

Sam_TinyLibrary said…
It's so annoying when sites you use a lot just close. I've been using bloglovin since google reader closed, but it's just not the same. Pepperplate looks interesting, I'm going to sign up.
June 30, 2014 at 1:53 PM

Ti Reed said…
I am using Feedly as a replacement for reader and it's okay. Seemed the closest to what I had. As for note taking, I tend to use Evernote and Wunderlist for things. I also still use lists in Google Docs too. Is it even called that anymore? Heck if I know. I hate when stuff goes kaput. I work in technology and our campus went with Box instead of Dropbox and of course all of my stuff was in Dropbox. Still around but I am being forced to use Box for work so I have to get used to yet another platform.
July 1, 2014 at 4:25 PM

Jenny @ Reading the End said…
Aw, I'm sad your site's closing. I remember how miserable I was when Google Reader shut down -- that situation is ongoing, actually. Feedly's fine, but I do not find it as easy and intuitive as Google Reader was. Sigh.
July 1, 2014 at 7:20 PM

Hildegerd Haugen said…
Did you try www.keeeb.com??? You can have it so private as you wish. The clipper is excellent. There is also www.memit.com (the clipper is wonderful), but they are more of a social CC site.
July 6, 2014 at 8:05 PM