The Sunday Salon: Back to Square One

It's back-to-square-one weekend here. That's what I call weekends when I do a lot of purging, resetting, and marking all as read. I wonder if whoever first used the phrase "Back to square one" knew that it was going to be used a lot. Isn't it nice to come up with a phrase that sticks for a long time? I know I've said this story before but I like it so much I keep retelling it. When we started summer hours at work four summers ago, my colleagues and I found it pretty challenging to adjust to. At the time, we were all doing a lot of documentation, reviewing, and tech-writing, and not enough coding, so everyone was burned out well before half a workday was underway. The last half hour was the most challenging. Nobody wanted to start reading a new paper or even attempt to continue something. After a quick meeting during one of those last half hours, a colleague and good friend said she was going to "shuffle papers" and look busy while she waited for the clock to say Go Home o'clock. Since then, we've shuffled a lot of papers whenever we have reached the end of our productivity and shared quite a lot of giggles over it.

Anyways, back to square one. I'm caught up on all my emails in my blog inbox, mostly caught up on my feed reader (just a couple of folders left), and then just two more inboxes left to clean. I seem to do this often. Only a few months ago, right around when Spring was beginning to knock on wintry doors, I did one of these purges. Makes me think that I probably follow too many and subscribe too much for my own good. Right after a purge, I do a great job of keeping track for a few days and then things are the same as ever. I am amazed when people attempt to unplug and even succeed at it, but somehow I can never make it work. Sometimes, I'm not sure I want it to work either.

Next week, I'll be in New Orleans for three days to be at a trade show for booth duty. I've always only been on the other side of such shows or events, as the visitor. It's going to be interesting to be the one doing a lot of talking and advertising. Not. I don't even like to talk a lot. Nor do I like grinning much. I'm looking forward to seeing how I'm going to fare there. It's not going to be all bad though. I've never been to New Orleans before, plus I haven't met many of our customers either. So some of that is going to be fun to explore. I'll be flying out Sunday and back home on Wednesday.

Speaking of flying, what is happening to planes all of a sudden? Definitely freaking me out. 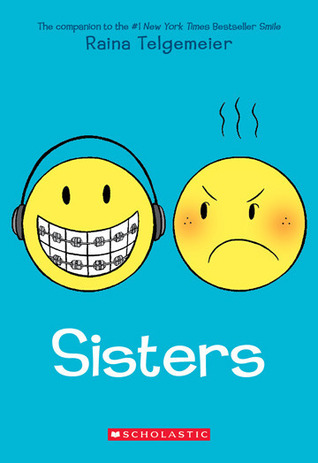 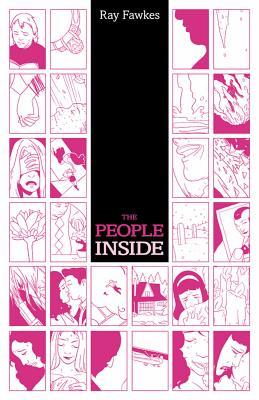 I'm planning to spend my Sunday submerged in graphic books. I have been reading Stephen King's On Writing (an amazing read!) over the last week but while I ponder some of the gems of wisdom that he has imparted, I'd like to drown in some graphic media. I'll probably be starting with Raina Telgemeier's Sisters, which I've been excited to read ever since I loved her Smile and Drama. I'll probably follow it up with The People Inside, which has been on my to read list for a good while now. The Walking Dead books (Vols 17-20) are probably what I'll dig into last, letting the anticipation build up until then.

Diane D said…
Your shuffling of papers to look busy comment reminded me of the Seinfeld episode when George sighs a lot and looks annoyed when people ask him questions, giving the illusion he's stressed and overworked LOL

Athira / Aths said…
I am really excited about New Orleans. If I like the city too much, I plan to drag the husband there someday, maybe when it's cooler and explore more.
July 27, 2014 at 9:19 AM

Athira / Aths said…
On Writing is such a fast read, you could finish it pretty quickly. But there are a lot of nice tidbits in it that I am reading it a little slower.
July 27, 2014 at 9:20 AM

bellezza said…
Usually the way I get back to square one is just to hit "delete" on all the unread messages in my box. It's not terribly effective, but it beats the overwhelming pressure which sometimes threatens to crush me. I think you do a marvelous job of keeping on top of it all!
July 27, 2014 at 12:56 PM

Sam_TinyLibrary said…
Back to square one is a really good phrase, I might have to adopt it myself :P
And I hope you enjoy New Orleans, we were there on our honeymoon and just loved it.
July 28, 2014 at 4:08 AM

tanya (52 books or bust) said…
I love back to square one. I do it myself from time to time. I will be doing it again in a couple of weeks when my kid goes back to school and life becomes normal again.
July 28, 2014 at 8:13 AM

Ti Reed said…
I need to spend this week cleaning up everything, my inbox, my house, the garage, etc. Everything go to hell when I am working all week backstage. The Hug and Teen live like hoarders or something.
July 28, 2014 at 11:08 AM

literaryfeline said…
I need to go back to square one now and then too. Luckily, it hasn't happened too often this summer, but I know it will likely happen all too often in the next month or so as work gets busier. I used to try to comment on every blog I followed at least once a week, sometimes more often. It has helped tremendously that I don't do that anymore.


Good luck in New Orleans! I hope you have a great time and that work goes well.

Jenny @ Reading the End said…
Aw, New Orleans! How good! Have fun! Are you going to go to all the used bookstores in the Quarter? My sister loves Dauphine Street Books, and I am partial to Beckham's. Beckham's has a cat and more space for you to walk between the shelves.
July 28, 2014 at 6:32 PM

Bryan G. Robinson said…
Back to square one: I think I've gone back there so many times that it's not even funny, but I'll keep going back there, I'm sure. :) I unplug once in a while, but am glad when I plug back in. I miss everyone, well, most everyone...you'll have to send us a picture next week of you grinning at the booth. ;)
July 29, 2014 at 9:30 AM