The Sunday Salon: On reading A Game of Thrones

I started reading A Game of Thrones a couple of days ago. This is after watching and loving four seasons of this crazy TV show, and attempting to listen to this audiobook in the car, months ago. I gave up on the audiobook after four hours of painful realization that the book was very slow, compared to the TV show. 4 hours of audiobook just about covered one episode in the show.

When you like a series a lot, whether it is a TV show or a book series, you will remember many details from that series for a long time. This makes it impossibly hard to read or reread it later. That feeling is especially strong with A Game of Thrones because as I read the book this week, I started to wonder whether the pictures in my head were from the TV show or from listening to the audiobook six months back. But once I am past the point where I stopped the audiobook, it should be smoother riding. 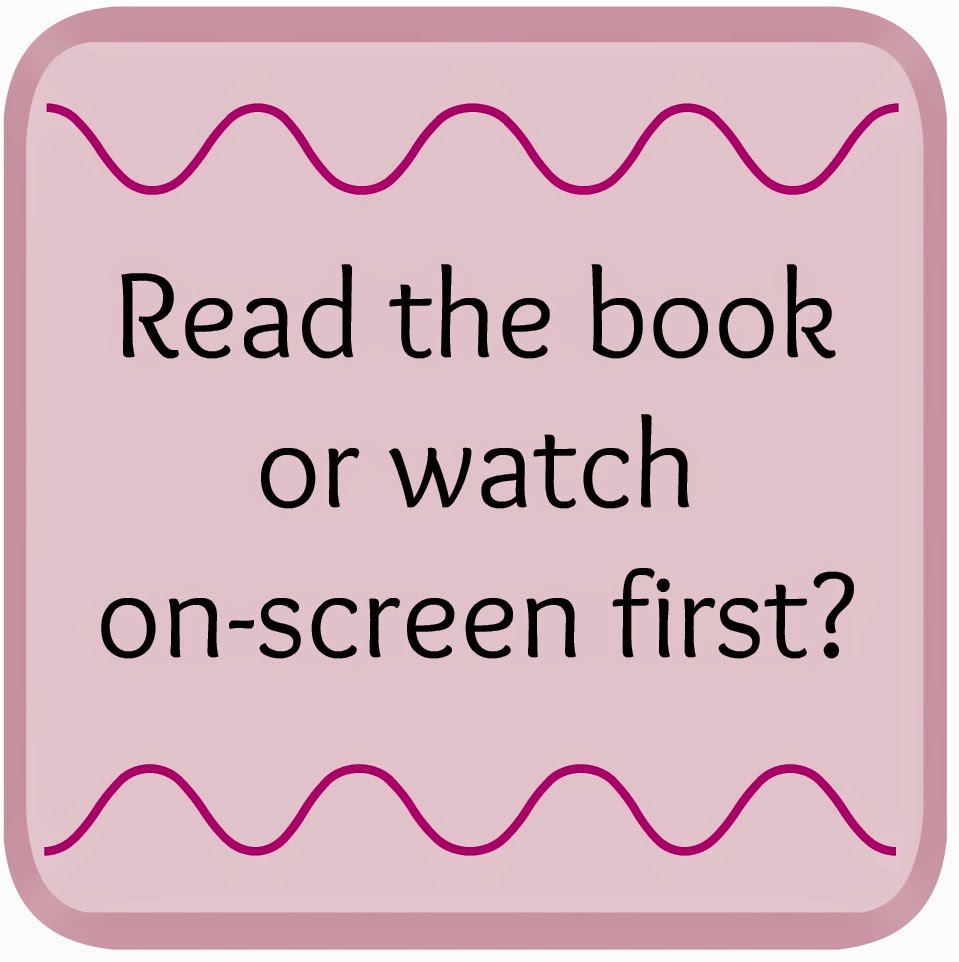 Honestly, I am not sure if I want to be on top of the books before the next season starts next year. (So far, the TV show has covered the first three books of the series.) I did that with The Walking Dead - read all the books but two to-date, and now when I watch the show, I'm not sitting as much on the edge of the seat as I did during the last few seasons. That's relieving in one way, because the kind of twists the show creators throw at us can make you scream in agony for days. But the TV show doesn't follow the books strictly - there are some core characters who aren't in the books and there are some big plots that aren't sketched either. *** MILD BOOK SPOILER START*** For instance, tonight's episode is being promoted as heartbreaking and thrilling, and since what's happening currently in the TV show doesn't feature in the books AND the three hospital characters (Daryl, Beth, and Carol) are either not featured or are long gone at this point in the books, I have no freaking clue what's going to happen tonight. *** SPOILER END *** So I will be totally on edge tonight. 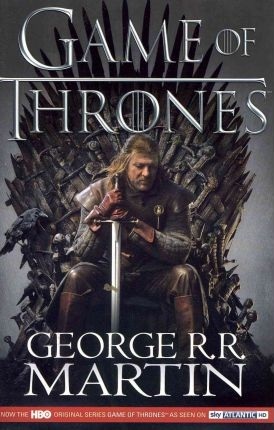 The Game of Thrones show is a LOT more thrilling than The Walking Dead. I will even go far as to admit that I like the former show more than the latter. (This is where, like Roxane Gay, I'm going to say that I'm a bad feminist because I really like this show even though women are portrayed often as sex playthings and rapes don't have consequences. There are some really strong women too - it's almost like watching two conflicting tenets in this fictional world.) So one part of me would be okay reading the books ahead, because there are differences between the show version and the books, but the other part would rather read the books after, because I always enjoy the book even if I know most of the story, but I never enjoy the screen format if I had already read the books because I will keep comparing the two. And then, there is something to be said about that edge of the seat feeling - that adrenaline rush when you know something dreadful could happen now, and then that feeling of no going back, because you now wish it didn't happen but it just did and you just have to deal with it.

When do you prefer to do your reading if you wanted to watch the screen version - after watching it or before?

Sam_TinyLibrary said…
I generally prefer to read first, although there are a few exceptions. Most people would disagree with me, but I much prefer the LOTR films to the books.
With Game of Thrones, I'd already finished the books before I started the show, which had me shouting at the screen a few times!
November 30, 2014 at 12:26 PM

Athira / Aths said…
I prefer the LOTR films too! I somehow struggle with those books - they aren't the most visual books I've read.


For a long time, I've been reading books before watching the movie or TV show version. But I always come off complaining, unless I read the book a long time ago, or I don't really care too much for the book/movie. I didn't really want to read the GoT books because of the time commitment and I wasn't sure if I will be able to even finish one book, much less 5 books. I'm still toying with the idea. I can get very addicted to series, so if that happens, I may end up ripping through the books, so my question will probably be redundant. But who knows how I'll end up liking the books!
November 30, 2014 at 5:02 PM

Bryan G. Robinson said…
Hmmm. I thought I commented here, but I guess I must have shut a window first...now I'm not sure what I said but I'm sure it was profound the first time unlike this time. :)


I think I prefer not reading it and not knowing what's going to happen or in the case of Longmire, which I have read the books, finding that the TV producers mix it up and do things a little differently. That's good too, as long as they don't stray from the author's vision...well, unless the author's vision was...well...poppycock to begin with and they threw that part out and made into it something better.
November 30, 2014 at 5:37 PM

JoAnn @ Lakeside Musing said…
I haven't watched or read any of it... strange, I know. I usually prefer to read the books first, but have a feeling the only way I can ever catch up here by watching.
November 30, 2014 at 9:22 PM

Jenny @ Reading the End said…
I prefer to have read the books before I watch the screen version, but not immediately before. I tend to like the books more than the screen versions, but the best shot a screen version can have with me is for my memory of the book to be a bit fuzzy.
November 30, 2014 at 10:55 PM

Lisa Sheppard said…
I never can figure out how to do this right. If I read the book first, I do spend a lot of time comparing the two and usually being frustrated. But if I see the movie or tv series first, then I can't get the image of the characters and places out of my head to create my own image.
December 1, 2014 at 12:07 AM

S.G. Wright said…
I guess with TV shows, I don't mind watching the show before reading it. But with movies I usually like to read the book first. Don't know why. What did you think of The Walking Dead midseason finale? I wrote about it a bit this week over at http://www.thecuecard.com . Cheers
December 9, 2014 at 7:42 PM

Alyssa said…
I read the entire ASOIAF book series before discovering the TV series, so I am a little biased. But normally I prefer to read/watch the source material first, then hunt down all adaptations if I like it. That said, the TV adaptation of GoT is exceptionally well made, considering the complexity of the books! (As for the deviations announced for season 5 ... well, we'll see.) Cool post!
December 20, 2014 at 9:49 AM