Quick Short Thoughts - The Bookshop and Letters in the Attic

The Bookshop by Penelope Fitzgerald 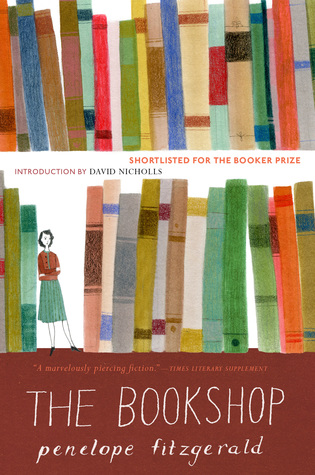 I chose to read Penelope Fitzgerald's The Bookshop almost on an impulse. I was browsing through Scribd and came across this title. I find it always difficult to resist books with bookish titles - The Storied Life of A. J. Fikry, Mr. Penumbra's 24-Hour Bookstore, The Strange Library, The Bookshop, just to list some of them. In The Bookshop, Florence Green risks everything she has to open a bookshop in the seaside town of Hardborough, which does not have any other bookstores. Despite many expecting her to fail, she actually succeeds and makes more money than she expected to, enough to hire an assistant and start a lending library. But her prosperity invites a lot of negative attention from the owners of nearby stores - none of them happy about the smaller number of people coming to their stores - all content to blame Florence for their woes. Florence also ends up crossing Mrs. Gamart, who, as soon as she becomes aware of Florence's plan to open a bookshop, wants to make it known that the building Florence wants to buy is better suited for an arts center. To top it all, the building is very old and has plenty of maintenance problems, including something that feels haunted.

I was pleasantly surprised by The Bookshop. It's a really tiny book - just 190-odd pages and reads very fast. It was also very interesting and not just because it has a bookshop at the crux of the story. The ending wasn't what I expected at all, and for a good while, it left me feeling sad overall, but it also hints heavily at all the brouhaha that happens when the playing field is not level, and you have some influential people dictating terms. This was my first brush with Penelope Fitzgerald and I would certainly like to read more of her books.


Letters in the Attic by Bonnie Shimko 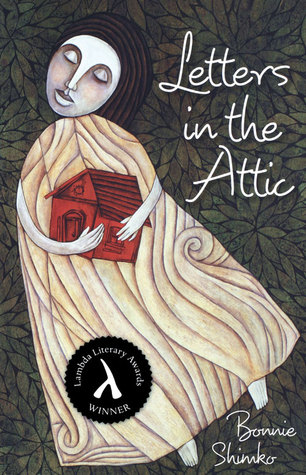 Letters in the Attic was another quick read I found on Scribd. Lizzy McMann is secretly happy that her father wants to leave her mother. She never liked him anyways and besides, he rarely acknowledged her, unless he wanted something. But her mother wasn't taking it too well. They eventually decide to move out of Phoenix to upstate New York, where her grandparents resided. Lizzy didnt even know she had grandparents so she was looking forward to meeting them.

The stay at New York turns out to be completely different from what she imagined it to be. Lizzy's grandmother has been very hostile and wouldn't even look at her. She also took every opportunity to ridicule her daughter. Lizzy also ends up learning certain secrets about her mother that makes her initially excited and later very angry. Along the way, she ends up learning that she likes girls and that fact scares her, especially since everyone she knows considers that a very bad thing.

Letters in the Attic was a sweet read but I think younger readers may appreciate it more than I did. I wasn't super thrilled by how the characters evolved through the book. The mother was someone who never learned from her mistakes, and most characters aren't fleshed out too well. It bugged me a lot how every chapter started in the present and then flits back to something that happened a few days or weeks ago. I don't mind flashbacks generally, but this style of narration just seemed too distracting and tiring. Besides, I am not a fan of characters who live too often in the past. Other than these odd hiccups, this was a nice book. All Lizzie wants is a dream home, with parents that would form the perfect family portrait. But more importantly, she wants her mother to be happy and often ends up taking care of her mother.

JoAnn @ Lakeside Musing said…
I read The Bookshop several years ago and have been wanting to read another Fitzgerald ever since.
February 5, 2015 at 8:08 AM

bermudaonion(Kathy) said…
I'm drawn to "bookish" books as well so The Bookshop sounds good to me. I love the cover of Letters in the Attic.
February 5, 2015 at 9:18 AM

Jillian Raymundo said…
Gorgeous books. Seemingly haunting too. I enjoyed The Bookshop, though it is definitely a unique read. Letters in the Attic sounds so lovely and sweet like you said though and is making me want to pick it up. Perfect for a rainy day.
February 7, 2015 at 2:18 AM

Trish said…
I've been thinking about Scribd--mostly for audiobooks since I'm not sure I can justify my audible account anymore. Do you find a lot of good stuff on there?

Letters in the Attic has such a beautiful cover--though I sometimes find with books devoted to more younger readers that the characters aren't as rich as I'd like them to be. I have The Night Bookmobile out from the library right now--maybe I'll read it this afternoon! Have you read that one?
February 8, 2015 at 2:45 PM

iliana said…
I read The Bookshop with one of my book groups years ago and I thought it was going to be a charming book and was surprised at how sad I felt afterwards too. Oddly enough for such a small volume we had lots to discuss about it! I definitely want to check out Letters in the Attic. Lovely cover!
February 8, 2015 at 6:53 PM

Athira / Aths said…
I do like Scribd, especially now that they also have comics. I did stop my subscription for now though, but it's great for months when you are in a rut or when you are looking to read more ebooks.

Athira / Aths said…
It is surprising how The Bookshop ended. So not what I was expecting. But it was good and realistic.
February 24, 2015 at 2:55 PM