The Sunday Salon: What to do when you wonder what to do

Lately, I've been feeling weighed down by digital clutter. There is so much stuff in my hard disk, and much more on my iPhone and iPad. Not to mention the lack of cohesiveness or structure to the stuff on my work PC. It's a mess really. But it's a deceptive mess too, because the difference between physical and digital clutter is that you can choose not to worry about digital clutter, because only you see it. As long as it doesn't bother you, you don't really have a problem.

In addition to all this mess, there is just so much I can do on my phone, tablet, or my desktop. Hours can pass while I am using any of these devices, and I delude myself into believing that I am doing something worthwhile, something I want to do, something I've always been meaning to do. Truth be told, I'd like to limit my time with these devices. Since free time is a luxury nowadays - Baby is becoming more aware and interactive (yay!) - I want to use my time meaningfully. If something doesn't really give me pleasure, I try not to dawdle in it. If something takes way more time than I want to invest in it, I try to find ways to make it quicker. If something can be done along with something else (say, knitting while watching TV, reading while feeding baby), I do it. Though, when I just now fed my baby and watched TV at the same time, I ended up feeling guilty anyways because she spent much of the time staring at me and I felt like a bad mom. (Oh well, there's a first time for everything.)

I've even started organizing my phone and tablet so that the time suckers (Facebook, Twitter, Pinterest) are on the last page - along with the rarely used apps, so that I have very little reason to be on that page. You would argue that I can just uninstall those apps, and that's an option I ponder over often.

My point is that when I have a few free minutes, I don't want to feel weighed down by the many things I want to do - read a book, catch up with Feedly, knit, blog, write, declutter (because this is an activity I do love doing), or do some fun Internet browsing. I know I will not be on top of things for a long time and that thought took a while to get used to. Since I am half-Type A, I do crave order and predictability. In reality however, I have been at the very opposite end of the spectrum, both at work and at home. The feeling is akin to being pulled in all directions and not knowing which one to settle with. Since I pump at work, I end up having to spend extra time working, either by staying a half hour late or coming in to work earlier, or by working from home. 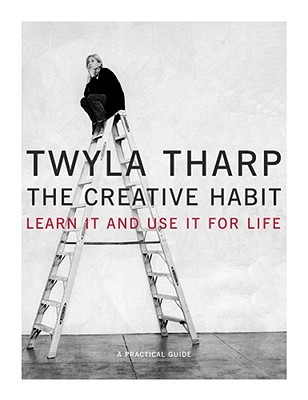 Last week, I started reading Twyla Tharp's The Creative Habit - this book of all things got me down this path of evaluating how to make my life simpler. It's a pretty good book, if you want to be more creative in life but it also made me realize how much value there is to simplifying life. It's funny though - I like to have a simpler life, but a bigger part of me worries that I will be bored with a too-simple life (what if I don't have anything to do?)

It's the 21st century conundrum - the need to be distracted fighting the need to avoid distractions.

I'm still listening to Missoula, but I only have 20 minutes left on audio.

I'm still knitting a cardigan for the baby. I'm also considering a poncho for myself and while looking for patterns, came across this gorgeous one that I just cannot not knit. If I wanted to get the kit itself, that's about 160 bucks. The pattern uses 14 yarn colors, which seems both excessive and ingenious to me. I have however committed myself to the project, so I just need to figure out how to choose 14 yarn colors and which brand of yarn to go for, so that I don't empty my wallet doing so.

Shreya just laughed for the first time yesterday and boy, it was the best thing in the world. By the time we had the great idea to record it, she was all serious. She will be three months on Tuesday and honestly, I am having a tough time moving from saying 'two months' to 'three months'.

We're loving the Fall season over here. It has not been too cold yet except maybe cold enough to wear sweaters - that's my favorite kind of Fall.

Halloween is just round the corner and we are still debating whether we want to dress Shreya in anything spooky. She'll mostly spend the evening the way she always does - sleeping, eating, or flexing her legs, so I feel a costume will be wasted on her. It's obviously more for our amusement.

Are you ready for Halloween (and the end of the year that this signals)?