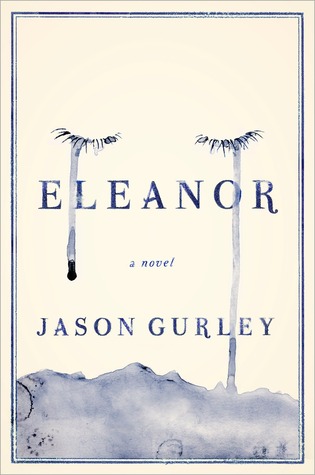 She asks, "Are you okay?" Eleanor nods slowly, and Agnes turns to the backseat to ask Esmeralda the same question, but the words catch in her throat, because she sees the U-Haul van, and there's not even time to say, "No," not even time for Esmeralda to turn and see it coming; there is only time for Agnes to want to do those things, and then it happens, and it cannot be undone.

Identical twins, Eleanor and Esmeralda Witt, don't really have the happiest upbringing thanks to their depressed mother but when Esmeralda dies in an accident, their family further unravels with no scope for recovery. Eight years later, Eleanor's parents are divorced, her mom drinks herself to oblivion every day and night, while Eleanor grows up overnight. One day, when Eleanor tries to leave the school cafeteria, she finds herself transported to a strange world - a cornfield where she comes across a younger version of herself playing with a friend. Thus begins a strange phase in her life where she starts spending increasing periods of her life in other worlds, leaving behind worried family and friends and also aging faster every time she leaves her world.

Eleanor is the story of three women - the surviving twin Eleanor who tries to care for her mother; Agnes, the mother who blames Eleanor for Esmeralda's death; and the grandmother, also called Eleanor, who abandons her husband and Agnes and thus sets the stage for a lifelong of bad choices and broken hearts left behind. When I read the description of this book, I was attracted to the concept of other worlds but I was not looking forward to reading about the tragedy. And it was certainly tough to read but the only thing that kept me going was the promise of a silver lining at the end. The book is highly optimistic despite its core tragedy. I actually didn't shed a tear even though I could feel the sadness that has enveloped its characters. This family has been destroyed so badly that it was horrifying to read some of the things that Agnes tells Eleanor.

The "other worlds" concept in this book wasn't far-fetched. I loved reading about the worlds that Eleanor was passing through and trying to figure out how they were connected to the reality. Despite all the sadness in the book, I found it hard to put the book down. This is a fast paced book with a beautiful writing and an engrossing plot. By about halfway through, I had already figured out everything, which made the last 75 pages a little boring to read. I was still looking forward to reading it but more to know whether I was right.

It is amazing how little the two mothers in this book think of their kids. And how much their lack of love damages the kids. Eleanor doesn't state it as a fact, instead it proceeds to show it in the characters' actions (or lack thereof). Agnes has never forgiven her mother for leaving her and in return does not care for her kids either, not because she doesn't want to but because she doesn't know how to.

The author did a great job of explaining most of the loose ends but there were still a few questions I didn't get answered. I had my guesses and they were probably right but it would have been nice to have them confirmed. In a way, this book was both literary fiction and a mystery packaged together. One thing I loved about this book was how not every minor character is assumed to be a male. Many of them are introduced as... the anesthesiologist or the stranger. In most books, when a character is introduced that way, they eventually turn out to be a man. In this one, the character was almost always a woman.


I received this book from the publisher for free for review.