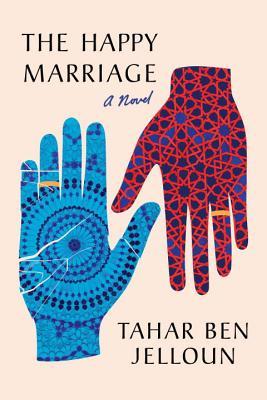 Whenever you’re struck by misfortune, either through an illness or an accident, the people around you suddenly change. There are those who scurry off the sinking ship, like rats, those who wait to see how the situation develops before making their next move, and finally those who remain loyal to their feelings and whose behavior doesn’t change.

The Happy Marriage is, as most books with such titles go, the story of a marriage that is anything but happy. Our protagonist is a very successful and well-known painter who had just suffered a stroke and is now reminiscing on his marriage as he recuperates. His marriage started off being ideal and bliss but over time, cracks had started appearing in it. According to him, his wife was manipulative, cunning, and not supportive of him or his career. She sometimes deliberately made life difficult for him - by firing his agent or his chauffeur or his nurse. Throughout his complaining, he never faults himself or the fact that he sleeps with other women even though he is married. After about 70% of listening to his insufferable complaints, the narrative shifts to his wife.

We know where this is going right? The wife should now be denying any wrongdoing and instead blame the husband. Except, that's not what happens. She actually agrees with everything he said. She did deliberately commit deeds that hurt him, she even adds that she has a very poisonous attitude. But she justifies her actions by saying that she is simply responding to his mistreatment of her. He doesn't love her anymore and was spending most nights at his studio where he invariably received women visitors with whom he slept. He was stingy when it came to spending money on her or her family but he was lavish with his friends and other women.

This was such an infuriating book to read. There was no love lost between this couple. The husband believes that they being from different financial and cultural backgrounds has something to do with it. He does not feel that mixed marriages work long term even if the couple was insanely in love at the beginning.

But that's not what made this an infuriating read. It's the anti-husband and anti-wife attitudes that soaked this book. Almost all the men in this book had only complaints to air about their wives (chief among them being that their wives were controlling) while the chief concern that the women had was that they had to go to any lengths available to make sure that their husbands stayed faithful to them. That was pretty much the entirety of the book.

This book took me a while to read but I don't remember it as being slow or boring. Definitely antagonizing at times and maybe that was what made it a page-turner. As I read more of the book, I began to hope for the sake of humanity that the picture of marriage that the author was painting was more fictional than real. And yet, I don't know. The Happy Marriage is set at a time in Morocco when women have just been granted more rights following a divorce. Until then, the women got very little out of a divorce. Therefore, this book is filled with men who believe that women shouldn't have freedom since that made them spout bad behavior and women who believe men have to be seduced by their own wives to keep them truthful. It's a sad picture but likely dominated only by those couples who didn't believe in equality between men and women, which unfortunately could be a lot of people.

Both protagonists were painful to listen to, which was made more frustrating by the fact that the husband spends 70% of the book ranting against his wife. Not that the wife is any more pleasant to listen to but I was desperate to hear her story. Her prose is mostly venomous and indignant and a sort of tit-for-tat response to his accusations. In some ways, this book was entertaining but it was also like listening to that one person in your life who complains all the time but does not believe himself or herself to be at fault.

I received this book from the publisher for free for review.